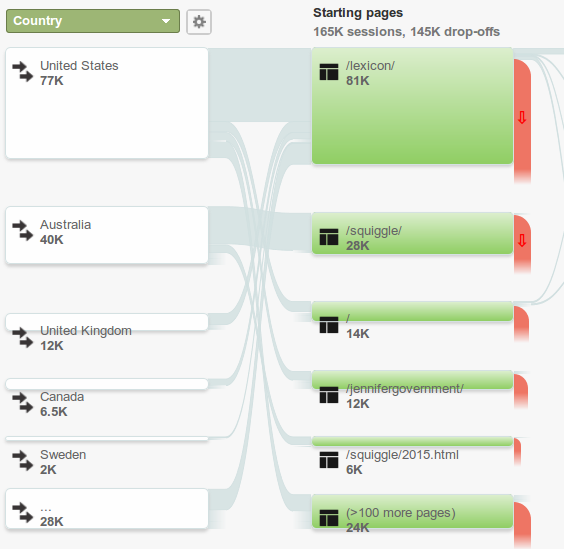 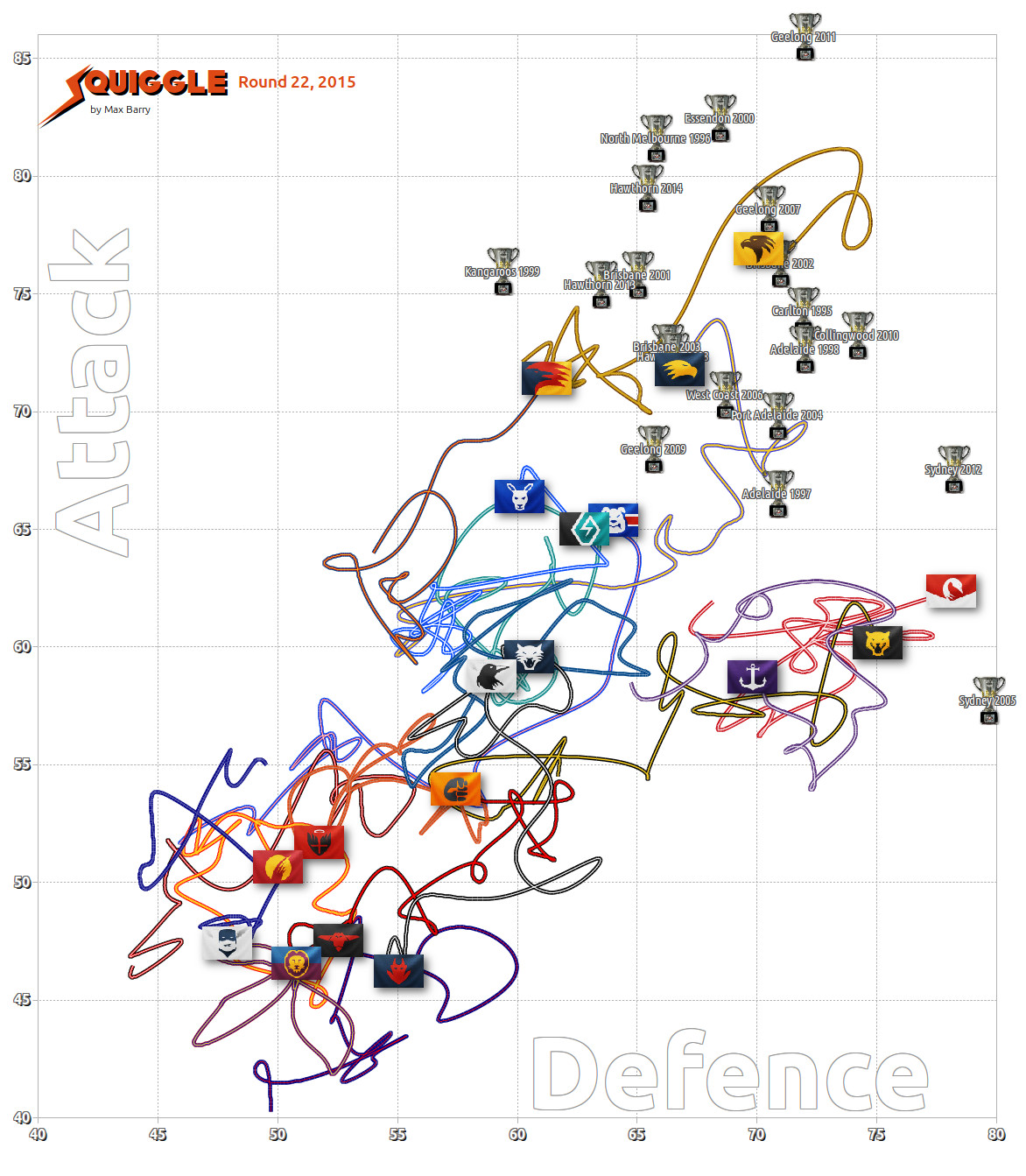 Location: Melbourne
Quote: "Quotes are like words. And stuff."
Posted: 2717 days ago

Wow, that squiggle is awesome.

I had no idea this existed and I've been reading your site for years. This is awesome and I'll be paying attention to this next season for sure...

Location: Sydney, Australia
Quote: "Why are the pretty ones always insane?"
Posted: 2716 days ago

I didn't give a rat's about AFL before this post and I still don't. But I do love your novels. Also, the squiggly charty thingy is... confusing. Needs more straight lines.