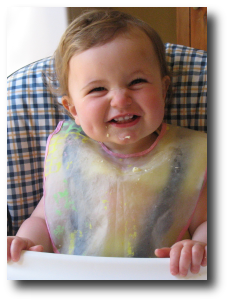 I’m reading a succession of crappy books. Not deliberately. That would be weird. It just turned out this way: dud after dud. Every time I crack open a new one, I hope that I’m about to get that feeling: that moment when I realize, “Ooh, this is good.” But: nope. Nothing. I’ve even started abandoning books before the end, which I never used to do no matter how bad they were. (Instead, I would complain to Jen every night until I finished, stopping to point out particularly egregious passages. She prefers the new method.)

So it’s a good time to remember that I have read some good books recently. Of course, when I say “recently,” I mean “since I last updated my list of favorite reads,” i.e. in the last three years. But if I can assume that you care about my opinion, and aren’t here just because you googled for lonelygirl15, then maybe you’re interested in my recommendations.

Here are some books that, if you stopped by my house and said, “Got anything good to read?”, I would loan to you. I mean, once we had gotten past the screaming and “how did you get in here” stage.

Corpsing (Toby Litt): This was the first book of Toby’s I ever read, and I loved it so much that I keep buying more of his, even though all of those have turned out to be terrible. For me, Toby is that guy you know is trouble but can’t keep away from, because maybe this time it will be different; maybe he’ll treat you right. He never does. He’s a bad, bad man.

The Baroque Cycle: Quicksilver, The Confusion, and The System of the World (Neal Stephenson): I adored these. Almost everybody I’ve recommended them to has given up about 150 pages into the first book, saying, “Why the hell did you think I’d like that?” It’s inexplicable. I think all three books are amazing. If I had tried to write something like this, it would have taken me about 40 years. In fact, it would have taken me that long just to type them out, because they’re about 900 pages each.

A Certain Chemistry (Mil Millington): The British do excruciating better than anybody. Reading this was like having my fingernails pulled out, only with more laughing. When I’d finished I felt like I had been beaten around the head, but with love. Because of this I’m putting it ahead of Things My Girlfriend and I Have Argued About, which is also very good and possibly funnier.

The Time Traveler’s Wife (Audrey Niffenegger): This one is a rough ride, too. Some of it is astonishingly beautiful, some is unbearably tragic. I thought it dragged a little in the middle, but still loved it.

Astonishing X-Men (Joss Whedon): I’ve been reading some comics lately, and this one is gorgeous. Book 3 (“Torn”) is especially juicy. Joss Whedon is, of course, one of the greatest human beings to ever walk the Earth, and he’s in great form here. I obsessively read X-Men comics in high school and college, and it’s very cool to return to these characters and see them handled so well.

The Curious Incident of the Dog in the Night-Time (Mark Haddon): I have never heard anyone say anything bad about this book, ever. So there’s no need for me to praise it. I’ll just say: they’re right.

The Men Who Stare At Goats (Jon Ronson) [non-fiction]: This book started out as a light, ridiculous, funny read, then turned dark and disturbing. I love that.

The Hollow Chocolate Bunnies of the Apocalypse (Robert Rankin): It’s funny and it’s clever, but more than that it has a surprising and truly wonderful dynamic between the two main characters. Warm, snuggly, and gooey (in a good way).

Jonathan Strange & Mr. Norell (Susanna Clarke): I don’t usually read the backs of books until I’ve finished them, but I snuck a look at this one early and discovered that it was Time Magazine’s Book of the Year (2004). I wish I hadn’t done that, because from that point onward all I could think was, “Well, it’s good, but is it Book of the Year good?” So try not to do that. It is an absorbing read: simultaneously rich and dry.

Watching Racehorses: A Guide to Betting on Behaviour (Geoffrey Hutson) [non-fiction]: I don’t care about racehorses. I have no interest in betting on them. I only read this book because Geoff is a neighbor. But it was genuinely fascinating, very funny, and worth it for the section on clitoral winking alone. (I know. Intriguing.)

Haunted (Chuck Palahniuk): This is a bunch of short stories with a novel wrapped around it. As with any short story collection, the quality varies, but some of the ones in here scared the absolute crap out of me. So even though I wouldn’t rate this as Chuck’s best, it was a good read. Incidentally, I read a review of this in The Washington Post that was more like a drive-by shooting, with several bullets aimed below the belt, and noticed that Amazon.com chose that one, that one, to put on their site. It was nice to see that that doesn’t just happen to me.

The Beach (Alex Garland): Yeah, it’s already on my old list. But I re-read it, and ohhh, it’s so good.