Lately my Google Alert emails have become polluted with other Max Barrys. I guess I knew it had to happen. I couldn’t have the web to myself forever. But all of a sudden there are three of us. The first guy to show up was okay. He writes about NFL. I gather that’s some kind of football. Not the good kind. But still. I was just glad he was doing something. I didn’t want some whiny, self-obsessed blogger Max Barry confusing everybody. I have that base covered.

But now this third guy. I’ve been worried about the wrong thing. Because this Max Barry, he’s better-looking than me. He models. He’s younger. More hair. I guess that goes without saying. But really: tons of hair. He cooks. Plays tennis semi-professionally. Works as a personal trainer. Posts workouts-of-the-day to his website. Workout-of-the-days? Whatever. He’s a god, is my point. A toned, buffed, let-me-whip-you-up-a-filet-mignon god. He makes me look like crap.

At this point I haven’t decided whether to break into his house in the middle of the night and stab him or become fast friends and use him as my body double for TV interviews. That’s a decision for the new year.

Speaking of which! That’s it from me for 2009. Thank you so much to everyone who cared enough to follow what I’m doing this year. Double thanks to everyone who made this the year of Machine Man. Triple—wait, this is getting ridiculous. But thank you, thank you to those who emailed me feedback on the serial, because that is incredibly helpful as I turn this thing into a novel.

I hope your year was a good one, and your next is better. And may I leave you with this: my daughter Finlay’s first ever appearance on stage, at her four-year-old ballet concert. They are dressed as kangaroos, if you’re wondering. This was one of the most terrifyingly beautiful moments of my life. I’m not talking about the dancing. I’m talking about what happened next. 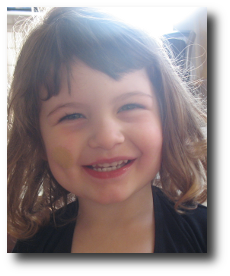 One morning recently I climbed the stairs to my study, coffee in hand, and found a pile of books on the top step. There was a Swedish Jennifer Government, a Polish Company, and four or five others. The front panel of my computer case was missing: I eventually found it inside the roofspace, along with my Richmond Tigers scarf.

I went back downstairs and confronted my daughter. “Have you been moving my things around?”

She grinned, one of those ridiculously beautiful ear-to-ear smiles, and said: “I stranged your room.”

Since then, Fin has stranged my study several more times. Once I heard movement up there, called out, “Are you strangeing my study?” and she giggled and admitted yes. She loves to strange.

Today she turns four. Happy birthday, bunny. Thank you for strangeing my life.

Me in the Media

As I write this, my intestines are trying to crawl out of my body. They’re very determined. No, no, I don’t want your sympathy. Well, all right, then. Maybe just a blanket. And my feet are kind of sore. You could rub those.

But I’m not writing to let you know of my gastrointestinal issues. That’s just a bonus. I’m writing because I’m doing stuff: 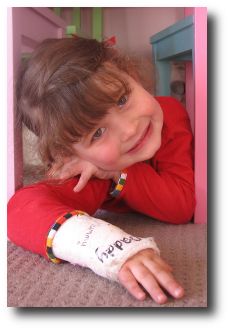 The Dark Moustache of the Soul

I got into big trouble with my brother for that anti-ginger blog. “You’re just like Hitler,” he said, or might as well have. “It’s not 1935, you know. Demonizing people for aspects of their appearance they can’t control: we’re not doing that any more.”

“Steady on,” I protested. “It was just harmless good fun. Besides, the point was I’m a ginger when I grow a moustache. That’s what made it funny.”

I suspected that my brother, or at least this version of him I was exagerating for comic effect, was getting carried away. But he did have a point. “Redheads are one of the few remaining groups it’s still socially acceptable to ridicule,” he said, and dammit, he was right. I had been so enraptured with the possibilities for jokes when I started sprouting gingers, I didn’t stop and think. My moustache was gone, but the dark moustache on my soul would not be shaved so easily.

“Check it out for yourself.”

“Let me explain this to you one more time.”

But seriously. Redheads rock. I love you guys. If I could grow long, amber locks, I’d be all over that. I’d let my beautiful red hair flow down to my shoulders and smell it every night before I went to sleep. Right now, I’ve got nothing. The difference between a red-haired guy and me is that he has options.

17 comments | MaxBarry.com › Max › The Dark Moustache of the Soul