Stills! Where do they come from? How do they get out there? I don’t know. But they have begun popping up on sites like Amber Heard Web, Shiloh Fernandez Source, Kellan Lutz Online, and Syrup Movie Fans. So: behold!

(Unless you want to completely avoid spoilers. As in, you haven’t read the book. And you don’t intend to. But you really want to see the movie. And you’re browsing my site. You’re a strange person.) 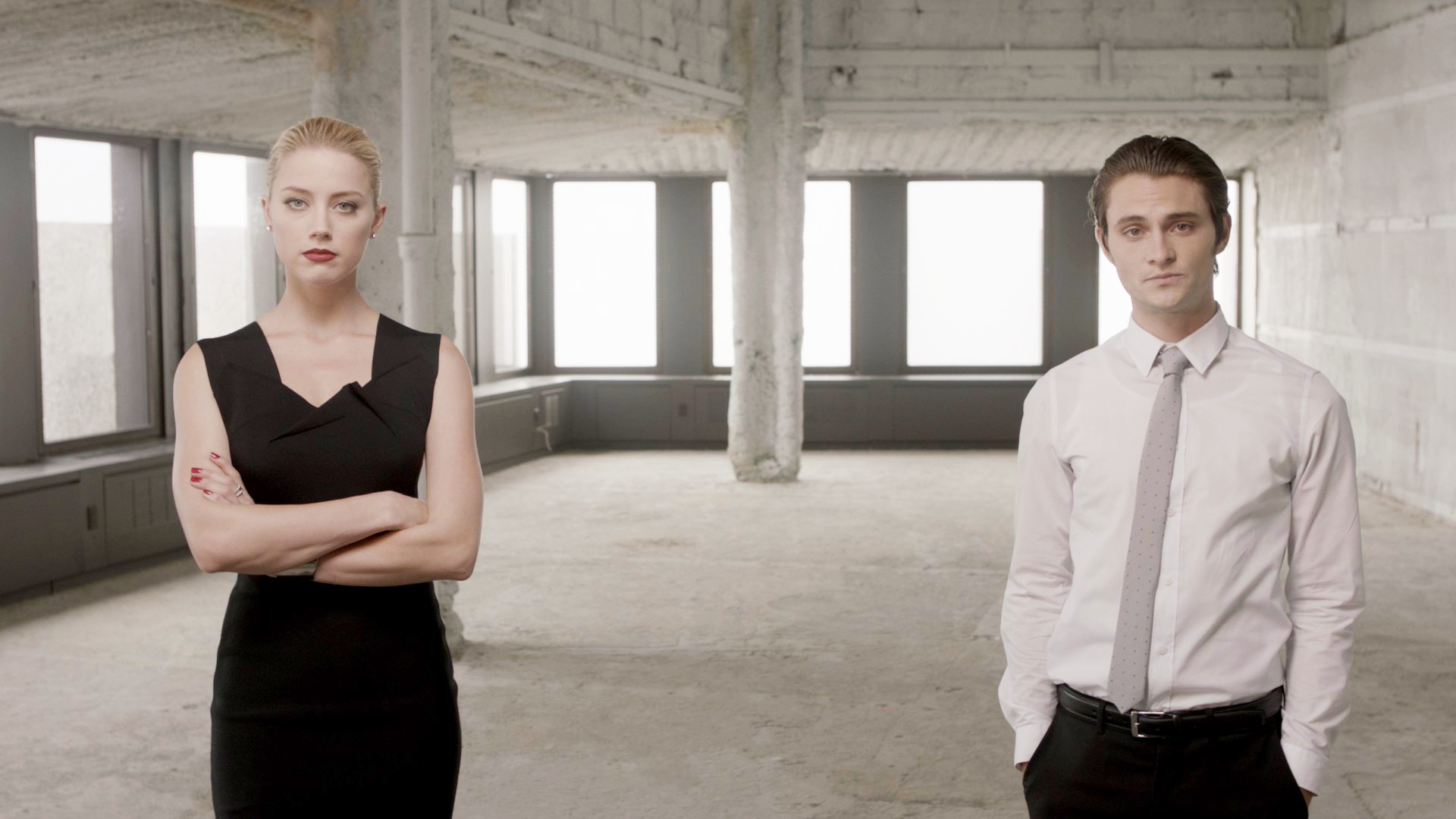 Scat gazes skyward while a machine lurks ominously in the background: 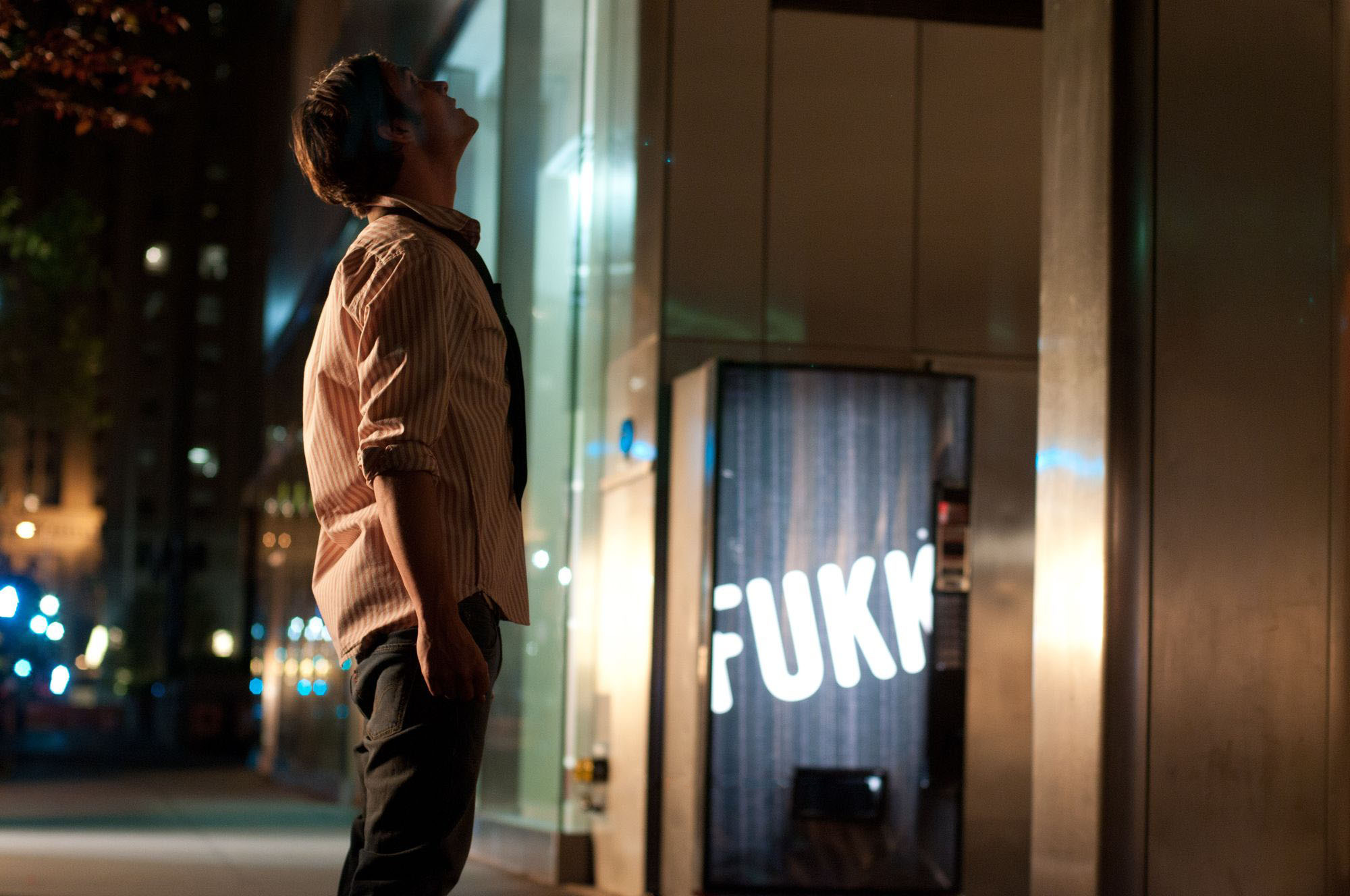 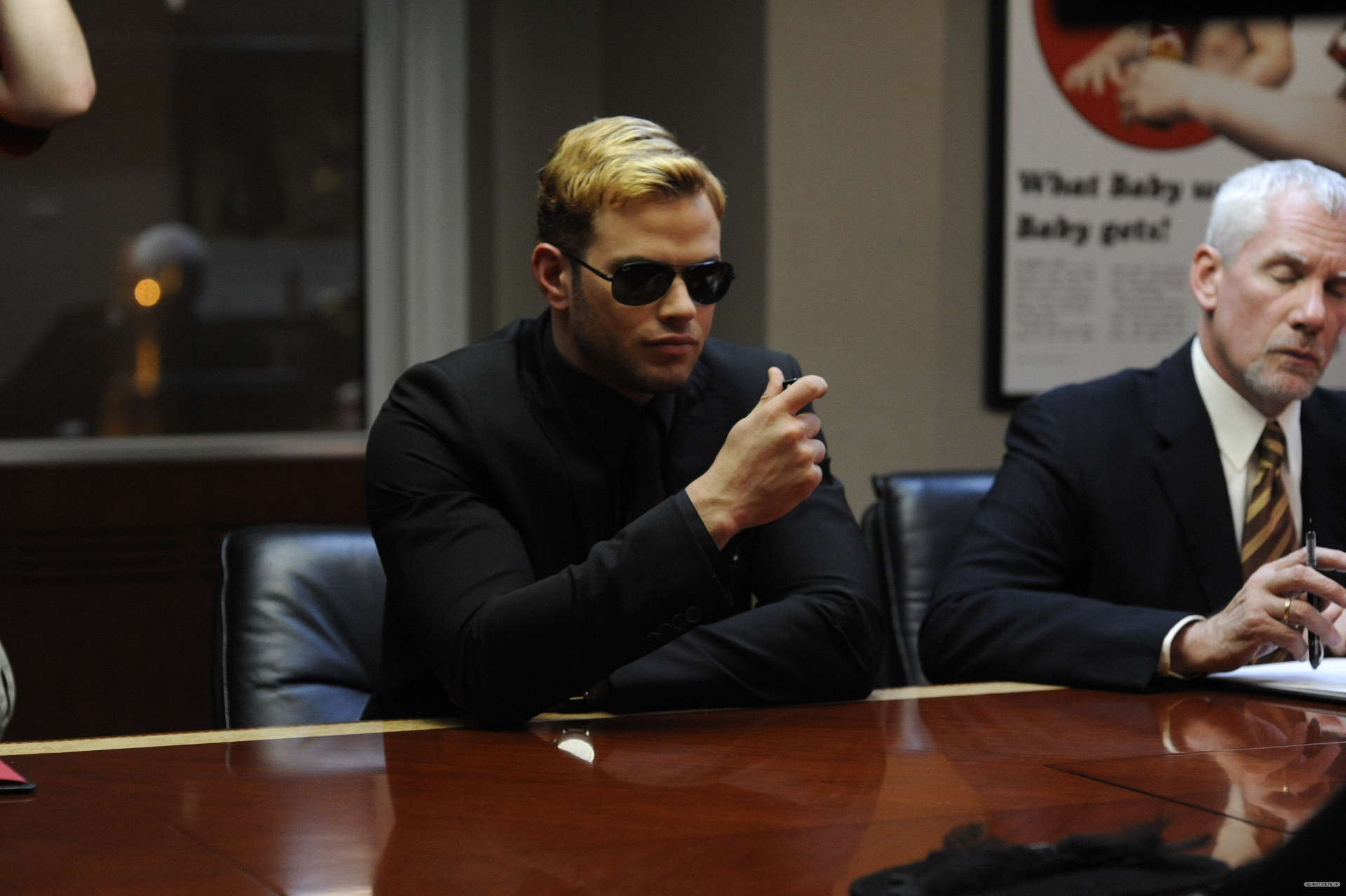 Now for some ANSWERS to COMMON QUESTIONS. I don’t believe there’s an official release date yet, but it can’t be too far away now, can it? Not with these STILLS. So I’m guessing within the next six months.

I haven’t seen the film; I am waiting until I can see it in a cinema. Because having a novel turned into a feature film, that’s kind of a big deal. I don’t want to watch the end result of that on a DVD. I want to sit in a theater and crane my neck and eat popcorn. Right?

The movie doesn’t strictly follow the plot of the book. I can say that without seeing it because I wrote many screenplay drafts, and they didn’t strictly follow the plot of the book. I don’t think movies should be like books only with all the parts you’d normally imagine filled in. I think they should do their own thing. They should be true to the core of the book but express that in whichever ways work best. Also, you know how I rewrite my novels to death? Oh. Well, I do. I change a lot in each new draft. So imagine me adapting my own novel. It’s a miracle anything survived.

If you missed it before, here is a teaser. I think it’s awesome. I was so happy when I saw this. I watched it about thirty times in a row.

Quote: "The Straight-Jacket makes it hard to type."
Posted: 3705 days ago

Any possible tie in with the sale of real life "Fukk" cola?

It was actually talked about. I don't know for sure, but it's possible...

If we can't get a Fukk when we watch it at the movies (hahahaha), I'm going to have to make my own 'Fukk'-styled cup and pour my coke in to that

I just had a look at imdb, which gives Syrup a release date of 1 November, in Russia. Of course :)
Add the full stops and visit imdb com title tt0762138

That's interesting! Earlier it was slated for November 29 in Russia, but I think the early screening went well, so they must be moving it up.

May I just say Shiloh looks perfect as Scat? Because damn, that's almost to a tee the picture I had in my head.

Can't wait! Do we fans-from-way-back-when get some sort of discount or raffle or something for premiere tickets? :D

Location: London, UK
Quote: "Computers are like air conditioners. Both stop working, if you open windows."
Posted: 3705 days ago

I'm really looking forward to this now. I re-read Syrup recently loved it once again...

And it doesn't matter if it's adapted. All the best movie adaptations don't follow the book exactly :)

Location: Frankfurt, Germany
Quote: "Thank you for writing. Keep on."
Posted: 3705 days ago

Your blog/mails are great. You give me (and all the others) the impressission that we are close. Close to a giftet writer and his first steps towards Hollywood. This simply feels awsome!

Pete's Zack Morris re-dux hairstyle screams 'I am a douche.' It seems a little too overt for a "sneaky" pete with lots of money. Maybe it helps the viewers at home:
"Which one is pete?"
"The douche with the haircut."
"Oh yeah, thanks."

Does funky music play whenever he enters the scene? That would also help.

With the release date being potentially moved up... Does that mean the CTs went well? ;D

Oh wow, I had forgotten about CTs. Yes! The CTs are green!

The Syrup teaser looks fantastic! I can't wait to see the first Max(x) Barry book I ever read made into a movie! Looks very slick so far :-)

I've re-ordered, for the 5th (well, ordered once, re-ordered 4 times) Syrup because every time I lend it to someone, they lose it (secretly, they love it so much they just don't want to give it back, I'm sure!) and I just put my life on hold to read it, again.

For the nth time:
Damn it's good!

I remember the first time I read the book. I thought:
Damn it's good!

It always is so good! Thanks Max, you once again made my day (a few days actually, I didn't read it in one go)

Location: Woodlawn, Virginia, USA
Quote: "It puts the lotion on it's skin."
Posted: 3637 days ago

wow I'm late for this article, but want to say; I can't wait for this movie!

In my mind, I always pictured Sneaky Pete to kind of look like Joey from the band Burn Halo picture here: guitarinternational.com/wp-content/uploads/2011/06/LiveJoeyBarryDolton-e1309029357943.jpg

I'm sure Kellan will do great though :)