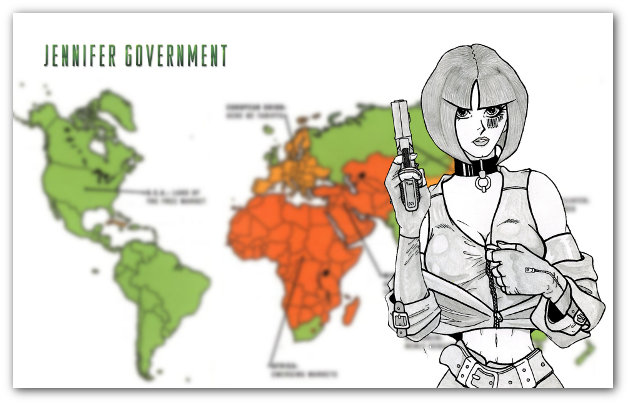 Location: Turku, Finland, Europe, Earth
Quote: ""The optimist thinks this is the best of all possible worlds, and the pessimist knows it." James Branch Cabell via Robert Oppenheimer"
Posted: 4588 days ago

Congratulations on the baby, I just posted on your previous blog, then hit refresh and... another blog!

interesting.. i will consider for my next build... i am kinda hooked on this awesome pirate ship battle scene i have atm..

It does look cool when you blink really fast, but now I have a headache :( Thanks, Max!

I wonder if there was some kind of fitting marketing ploy we could use to encourage people to see this movie. Something to do when people are lining up in a mall to see it. Something like that. I'm not giving any ideas, just saying is all.

Where could I view that map in the background? It looks interesting and I don't remember seeing it before.

ehh...doubt this will find its way into my wallpaper folder anytime soon...

Getting back to the point... The film 'Love Actually' is quite similar with all the different characters, stories and relations.
Why can't it be made Max? prehaps you haven't found the right people for the job.

'hug'? Why do I have the feeling that there might have been another word you really wanted to use?

Tarantino could do something interesting with JG - though it might come out completely unrecognisable. That female looks sexy in a trashy kind of way I never associated with JG - maybe that's just me. I do like the artwork, though the association seems a little wrong, probably because of that factor.

Location: Sydney
Quote: "vote with your wallet"
Posted: 4587 days ago

But ummm less bellybutton more pantsuit - even in the sex scenes if any.

Location: Ravena, NY
Quote: "I could write a book about being lazy. I just don't feel like it."
Posted: 4587 days ago

Jennifer Government was the novel that intoduced me to your writing. Still my favorite--although working as a HR professional I found myself sharing Company with a co-worker on more than on occasion. I always felt that David Fincher could do one heck of a job directing a Jenn Gov movie.

Location: California
Quote: "There are three kinds of people in this world: Those that can count and those that can't. Which one are you?"
Posted: 4587 days ago

But hey, let's get together and make a movie! Who needs to hire famous movie star divas?

this isn't how I envisioned Jennifer Governement

Janet i was thinking that too. All Max Barry fans in unison making a film. Acting, writing everything.
I'm sure some of us are Media students (i am)

Location: Ravena, NY
Quote: "I could write a book about being lazy. I just don't feel like it."
Posted: 4587 days ago

I was a mediocre student. It that close?

Location: USA
Quote: "O Lord, Protect us from those to whom you speak directly"
Posted: 4587 days ago

Katie Holmes as Jennifer Government. For Srs.
George Clooney as one of the Johns. Preferably the one that [[Spoiler Censor]]. Yeah, that one.

In the meantime, when it comes out i will have a fistful of american dollars to spend on it.

I thoroughly enjoyed Jennifer Government, and I've always thought it would make a good movie. It even reads like a movie the way you've written it. All in all, a very fun book.

Although the more I think about it, I'm thinking it might be better off as a TV series or a miniseries. You've created a very unique world that wouldn't quite be done justice with a movie. It would be quite a blur, if you know what I mean. The concept and ideas in the book are interesting. A series would allow you to explore these ideas and allow people to ingest what you've created. I think people are hungry for the kind of social and economic commentary you've made in the story.

I'm guessing one of the reasons it's been so hard to get the movie made is the double-edged sword of what essentially would be product placement. It's usually a dream for companies to get product placement, and your big one is Nike, but unless I'm wrong, I'd imagine it would be hard to convince them when they're being lampooned in a negative fashion.

Anyhow, I'll be looking forward to it. I hope something comes of it. I wish you luck in finally getting it to the big or small screen.

yeah, I for one don't see why a movie hasn't been made of Jennifer Government.

though if Syfy offers you a deal beware!

Hey Max, I just sent you an email with the subject "duck Jennifer Government movie screenplay". I look forward to hearing back from you.

Have you considered pitching it as a mini-series to a cable network? I have always considered Jennifer Government to be on the same literary level as David McCullough's John Adams, you know. :)

If he did a mini series and it didn't end up working out I would be so sad (kind of like jPod, so disappointing).
Even though we seem to be waiting a loooong time for the movie to come out, it will totally be worth it.

I'm sorry to see that you're having difficulties making JG into a film. It has also always been my favorite of your books, but perhaps it is too ambitious a project for an entree into Hollywood. Does Syrup or Company have potential? (I would italicize, but I'm not sure how to do that in a comments section). You have a vastly under-appreciated ouvre and I would be thrilled to see any of your work on a big or small screen.

I'm all for a JG movie, but only (ONLY) if Will Arnett plays Nike. Just sayin.

I really loved your book 'Jennifer Government', it introduced me to Anarcho-capitalism(even though you intended it to be like 1984 for the Capitalism).

It was through your book I saw the possibility of a society without a government and completely run through voluntary organizations.

I wonder if you have read Murray Rothbard and various other stuff written about Anarcho-capitalism.

Esp this which talks about how private prison and courts would work:
mises.org/books/chaostheory.pdf

I have a few questions and/or comments. The drawing is cute. But, has Nicole Kidman said no to portraying JG on screen? Have you asked her? Has anyone dared to say "Yes, I can!" to this ambitious film project? In asking, perhaps I misplace the cart before the cinematic pony, but your loyal fans would like to know.

That said, I was a little disappointed when I came to Oz to apply for a job last May. Although it distinguishes itself as a glorious work of contempo-rare fiction, JG had me believing, somewhat foolishly, that a work visa would be easier to obtain for a poor, under-educated, white trash American such as myself. But, no. Oz has yet to fully join forces with America: perhaps less so now than at the time you wrote your book.

However, it genuinely disturbed me, nonetheless, to see just how much American culture had pervaded the lovely, well-shaped arse end of the world. In Melbourne I found myself in wanting of no KFCs, shopping malls, and muzak ditties blanketing the biosphere of commercial hubbub; I could indeed get all of the same hubbub here. Be that as it may, <b>thank goodness</b> Oz still has its breathtaking natural beauty, pristine beaches, and friendly people with dazzling openness and colourful personalities.

And yet, I found myself wistful that the mass transport was not yet free. What's an outsider, or successful published author, to do?

Oh, and here is a heads-up: America now dispenses its gasoline from "talking" pumps which, in an electronic voice, plead you to dash inside the convenience store for plump and juicy hot dogs and other such nibblies, engineered and processed so that you would some day fit into American-sized apparel. So, be forewarned: Oz will see that next. Let us hope it is not for another ten to twenty years. Perhaps you could include that in your film. (As I type this, my thumbs bobble bloody and mangled from pressing away at the 'mute' button of the talkyword-generating pump machine. Rather than a work permit, should I have instead applied for asylum? Hmm . . .)

Capitalizm notwithstanding, I look forward to an eventual JG film of some sort. Thunderous applause to you for having the gusto to see it lunge forward.

P.S. Please post news about some sort of international contest soon; it can get quite lonely over here. And hearty congratulations to your fam on the new bundle of joy.

The book was excellant! Jennifer Government. Loved the premise. It does read like a movie but no blame there. Listen I think it would make a great movie! Especially the violence, everybody loves that shit these days (except me) so I probably wouldn't see it.

Anyway just wanted to let you know how much I enjoyed your book and appreciate the diversion. I picked it up at the library because I am a cheap fu...

So congrats on new baby and wish you the best in life.

Hey you know I did know a guy in LA who I grew up with in Dallas, Tx who is now a big producer, and maybe he would make your movie.
I really haven't talked to him in 30 years but I could probably get my brother ( he is in touch with him, I think) to mention it to him.
Let me know. He produces Monk (Randy, not my brother) which I think is very entertaining.

I'm not in the movie business by any stretch but hey if I can put together that deal and I know this other girl who is doing screen writing but really you probably are much more connected.

You have probably optioned the book I suppose, see I know some lingo, I had a girlfriend in licensing at Mattel (yeah that is funny) and she might talk to me now after so many years or maybe not.

This is probably pretty wierd sounding to you and well to me also.

I did an adaptation of Jennifer Government as a writing example, and was able to get the thrust of the story down to 140 pages, by doing some judicious cutting, melding of characters and moving a couple sequences around.