When I was 23 and struggling to get anyone to notice I’d written a novel, it annoyed the crap out of me to see so-called “Young Writer” prizes won by 35-year-old guys with no hair. In which parallel universe, I wanted to know, could those tottering old farts be considered young?

Which is why I’m so happy to be named among the Sydney Morning Herald’s Best Young Australian Novelists (for Company). Somewhere out there, a curly-haired 23-year-old is muttering about the unfairness of it all. Suck it up, punk.

Me at the Sydney Writers Festival, free event: Saturday 5:30pm 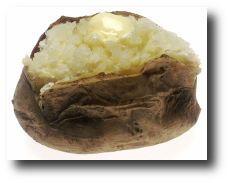 I’m feeling irritable. It started last night, halfway through a paragraph of the book I’m reading. Usually I read at night until I realize I don’t care any more, but last night I cared, I was just irritated. Not at the book. Just in general. It is a non-specific irritability.

Now my question is: Why? Am I irritated at something, without realizing it? Is there some psychological problem here I’m in denial about? Or is it more like I ate a lot of starch yesterday, and tetchiness is a biochemical byproduct of my body processing it? I don’t want to dig around for emotional unrest if the real culprit here is a baked potato with bacon and cheese.

Do you think it’s possible to feel pissed at anything? As in, you tell yourself to start feeling irritable, then you try to think what you’re pissed at. Because I think I can do that. So are emotions responses to actual events, or does your brain grope around for convenient excuses for feelings that are more to do with random neurochemical tides?

If emotions are influenced by what you put into your body, is there any such thing as a “true” feeling? And if there’s not, is there any moral reason you wouldn’t, given the technology, pop a pill (or twist a dial) to generate whatever mood you want? Because that’s no different to having a coffee or a smoke, is it? But if we’re doing that—entering artificial states of feeling, emotions decoupled from the world—doesn’t that make us… well, unreal? Is there anything more fundamental to our existence than the validity of our own feelings?

I don’t know. It could be the potato talking.