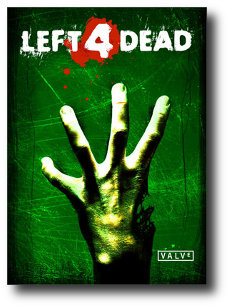 Here’s me talking about risk:

(Link: Max Barry On Risk, ABC Fora or via The Monthly.)

Actually, first that’s Julian Morrow, introducing me. I feel I should point this out because you don’t see me very often, and even to me, all thirty-something white guys with no hair look the same.

Australians with digital TV can catch this on ABC2: an extract (I think) this Sunday at 6pm, and the full thing on Thursday at 5:30pm.

This lecture was for Sydney PEN’s Voices, and delivered at the State Library in Sydney on July 15, 2009. It’s not the kind of thing I usually do. In fact, it’s probably the first time I’ve been asked to write something serious since I became a novelist. It was a cathartic experience: I’m deeply grateful to have had the opportunity to do it, and to the audience on the night for being so supportive.

Forgive me, but I need to get this off my chest. I am a Richmond Tigers fan. That’s a football team. And by football, I mean Australian Rules. I don’t want to get into a whole debate about which football code is best, but it’s this one. Let’s just stipulate that and move on.

I began following the Tigers when I was about eight. Looking back, I think it was the exact moment they transitioned from a league powerhouse to the most spectacularly unsuccessful football team of the last quarter-century. I love the Tigers, but so far the journey has comprised three or four moments of ecstasy in an ocean of misery and despair.

Currently we are at the bottom of the ladder, with zero wins. We are probably about to sack our coach. I have been a strong supporter of our coach over the last five years, because he is smart. Our previous coach was not smart, and that didn’t work out so well. So this was a refreshing change.

But now I’m thinking smart is overrated. It’s useful. But it doesn’t seem to be as important to winning games as other qualities; in particular, being Terrifying and Lovable.

Because I woke at 5AM this morning and couldn’t go back to sleep, I decided to rate AFL coaches on those three dimensions. I scored a coach highly on Terrifying if he is combative in interviews, physically intimidating, and generally looks seconds away from pushing somebody’s head through a wall. He scored Lovable points if he is the sort of bloke I would want to share a beer with or invite home for dinner. And I awarded Wily points if he is clever and tactical, both on match day and in the media.

(Incidentally, my first thought was to rate coaches based on how many Google hits their names returned when coupled with relevant words. But I couldn’t find ones that worked. The word “tough,” for example, occurs frequently in articles about Richmond, but in contexts like “tough season,” “tough luck,” and “Convincing anyone to coach this club will be tough.”)

It turned out that Terrifying was about twice as important as Lovable in terms of modeling a coach’s success, and Lovable in turn was about twice as important as Wily. This explained a lot for me. Richmond’s current coach, Terry Wallace, is very Wily, but not very Terrifying, and a little too self-interested to be Lovable. Our previous coach, Danny Frawley, was very Lovable, but neither Terrifying nor Wily. And I suspect Lovable can only take you so far: if you keep losing games, you probably become rapidly less Lovable. Those coaches who have a significant impact in their first year or two, then are powerless to stop their team sinking down the ladder: I think they’re Lovable coaches losing their shine. And one more thing: this accounts for the vogue toward younger coaches. “Lethal” Leigh Matthews, an extremely successful coach over many years who was nonetheless replaced last year, was one of the most physically intimidating men the game ever produced, but at 57, he wasn’t getting any more Terrifying.

Based on this, I hope Richmond’s next coach will be Nathan Buckley. I have no idea whether he’s any chop as a tactician, but he seems like a really decent, stand-up guy who might, if you annoy him, tear off your arms. Perfect.