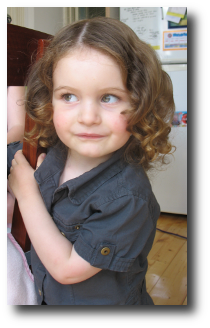 Update: I hereby disavow this blog for the insults it levels at men with red hair. Men with red hair are as handsome and manly as the rest of us. Moreso, in my case. There is a follow-up blog here that is also still pretty dickish. I regret my cheap shots because they are the kind that red-headed men get a lot and are mean for no reason. Also, again, they are not true. My brother and brother-in-law have red hair and they are both better-looking than I am.

At first it wasn’t too bad. In the right light, my mo looked fairly legit. It was rough and tough and ready to rumble, just like you might think I am, if you don’t know me very well. Seven days in, I could even be considered debonair.

Then the gingers came in.

Now, I don’t have anything against the ginger peoples. Some of my best friends—well, no, all right, that’s not true. I shun them. But I have several close ginger relatives. Lovely people. Really courageous. Also, there’s no problem with ginger if you’re a woman. For chicks, red hair means: “I am so aflame with animal passion, I could burst into fire at any moment.” I think we can all agree on that. But on a man, ginger hair is not popularly translated as “fiery, dangerous love beast.” It’s more “weird pervert from Accounting.”

On top of that, I keep accidentally cruising for gay sex. I don’t mean to. I just haven’t adapted to the signals my mo is sending out. For example, on my run this morning, I jiggled my eyebrows in greeting to a runner passing by. Usually, this means, “Nice morning.” But now, apparently, it means, “Nice thighs.” At least, that’s what I’m getting from the look of terror that crossed the guy’s face.

I’m beginning to catch glimpses of it in my peripheral vision. When I have a drink, it gets there before I do. The other day I blew my nose, and three hours later realized my upper lip was hoarding bits of tissue. Also, despite my private hopes, Jen has not been harboring a secret passion for circa 1970s tennis stars. Hairy, scratchy, ginger lip caterpillar: apparently not a turn-on.

It’s just as well I’m doing this for a good cause. Thanks so much to everyone who donated. I just want you to know, it’s because of you that I’m stuck with this thing until December.