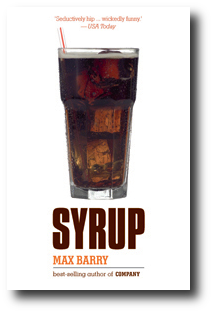 I won! Thanks to your votes, many of which probably came from outside my home state and thus were blatant moral, if not technical, violations of the competition’s integrity, Company rode to joint victory as the State Library of Victoria’s “Most Popular Book.”

Now, some might view this as a shameful exercise in depriving a more deserving author of their rightful prize. Possibly this group includes the State Library, since they declared me “Joint Winner,” implying quite the statistical event. But no, no, I have to take their word for it that there really was a genuine tie. This makes me pretty glad I voted for myself. And means that my wife—who the morning of the award ceremony said, “I was supposed to vote?”—is in big trouble.

I didn’t mention this in my acceptance speech. What I did say, and would like to repeat here for those who (ahem) couldn’t make it to the ceremony, is that it’s continually amazing to me that people read something I wrote and care enough about it or me to send me an email, or mention it on their blog, or vote in a competition like this. I get so much personal joy out of writing, but to feel that response from people as well is truly touching, and makes what I do a privilege.

By the way, I just moved house, and I’m writing this blog on dial-up. Dial-up! It’s like being blind. 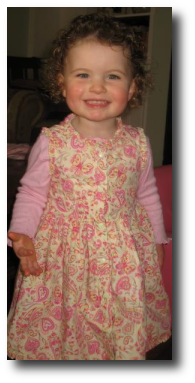 As a parent, I occasionally wonder where Fin might end up in life. She’s only two and a half, but I can’t help think about what kind of job she might gravitate toward. Based on recent trends, I would say she’s shaping up for a career as “Iron-Fisted Dictator.”

I’ve always been interested in social systems; I just never thought I’d get to see the rise of fascism up close. In the beginning, it seemed like nothing was wrong—sure, our small society was changing, but these were just natural responses to a changing world. Then one day we woke up and realized that every part of our lives had fallen under the sway of an increasingly irrational authoritarian overlord.

We vaguely remembered that life had not always been like this; that there had been a time when we had been free to express opinions such as, “I think it’s time for bed,” without fear of reprisals. In those days, we had been active participants in the decision-making process. We could go about our daily business without being stopped and asked to explain and justify our every action. But those days were over.

Looking back, I missed the early signs. One day, for example, I said, “Finlay, no feet on the table during lunch, please.” She responded by raising her feet approximately one inch above the table surface. “My feet aren’t on the table, Daddy,” she said, in the tone of someone just as amazed as I was. At the time, I was quietly impressed at her burgeoning ability to adhere to the letter of the law while flagrantly violating its spirit—I thought she was just shaping up to be a good lawyer. What I failed to realize was that testing the legal boundaries is classic behavior of the tyrant in training. Sure enough, the next step was the declaration of a state of emergency and the suspension of all civil liberties. And there we were, living under a regime that would make Mugabe blush.

It was because of those Little Princess books. Fin read a few tales of this loud-mouthed, demanding little girl who lives in a castle with a full staff of adults who rush to fulfill her every wish, and she decided that sounded like a blueprint for an ideal society. I tell you, Little Princess is like Mein Kampf for two-year-olds. We got those poisonous tracts out of the house right away, but it was too late: she had a vision.

Since then we’ve made progress. One of the most effective ways to fight tyranny, I found, was to not give the tyrant her pack of Wiggles stickers until she says, “Daddy, could you please give me my Wiggles stickers?” This was a big improvement on previous forms of request (“I WANT WIGGLES STICKERS!”), and proof, I feel, of the effectiveness of economic sanctions.

Now the air rings with, “Daddy, could you please…” She has figured out that I won’t refuse any request that begins that way. I have to wonder: as we shed the shackles of totalitarianism, are we are seeing the rise of special interest pleading?